Modere is a new supplement brand with an innovative approach to the industry. The company has created its own proprietary blend of essential nutrients that have been shown in studies to improve athletic performance and confer health benefits, without any unnecessary fillers or additives. Modere’s supplements are made using all-natural ingredients sourced from plants instead of animal byproducts like gelatin, which some other brands use as filler.

Modere is a company that sells dietary supplements. They have been sued by the FDA for misleading advertising. The lawsuit was settled, and the company agreed to pay $1 million in fines. Read more in detail here: modere lawsuit. 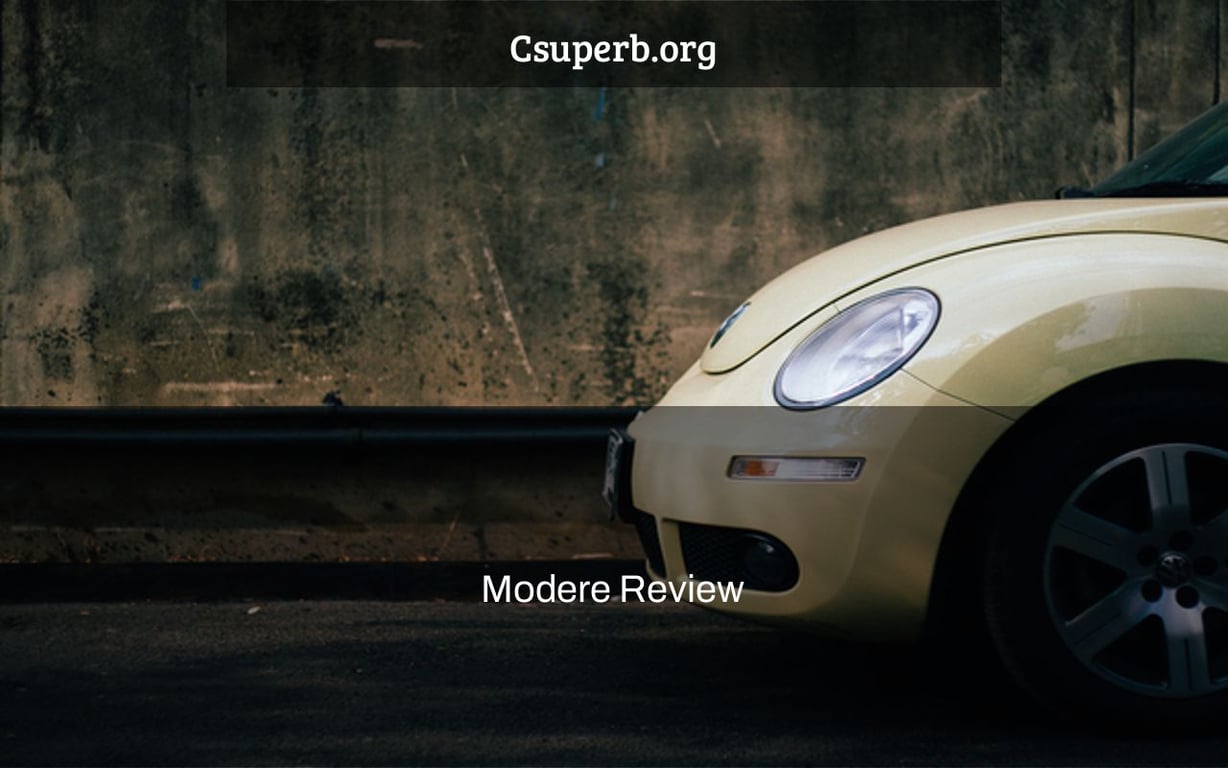 Modere is a company that creates unique collagen and weight-loss solutions. We wanted to look at the science behind this brand to see whether it’s worth your money since there’s been a lot of consumer interest and spending on both of these areas lately.

In this post, we’ll look into Modere Collagen and Modere Trim, as well as the medical study that the company financed, to see whether there’s any science behind them and if they’re likely to work.

BioCell is a brand of liquid collagen supplement sold by Modere. Skin is the most popular, and it’s touted as an anti-aging product.

Medical study has shown that collagen supplements may improve the look of skin by increasing elasticity and moisture. But we want to see whether this (very pricey) supplement is better than simply taking regular collagen.

BioCell Technology LLC, the manufacturer of the unique collagen complex utilized in Modere Skin, financed a clinical investigation on their product.

The research found that BioCell collagen enhanced skin look, however we believe it was a poorly planned study. They concluded that the treatment reduces wrinkles since wrinkles were greatly raised at week 6 but reduced by week 12 when compared to the beginning point. However, it seems that this might be random variation because wrinkles were significantly increased at week 6. (4.91 vs. 4.01).

After 12 weeks of supplementation, the number of crow’s feet rose from 2.88 to 3.02. This is also most likely due to random variation rather than a flaw in the product. Collagen does not cause crow’s feet to appear, but it does reveal that the complex does not significantly reduce them.

The research found that dryness and scaling improved significantly, lowering from 0.5 to 0.12.

The trial lacked a placebo group and was financed by the collagen manufacturer rather than an impartial third party, resulting in a severe conflict of interest.

The specific combination of components in Modere Skin is 3.6 g. If you read our evaluation of Balance of Nature supplements, you’ll know that we’re not fans of supplement firms who use prop mixes. Companies that value their consumers should reveal the precise amount of each component so that customers may assess whether or not they are receiving an effective dose. Prop mixes just provide the entire dose of all constituents combined, which isn’t very useful.

Prop mixes must be mentioned in order of dosage, which means that if one component has a larger dose than another, it must be put first, even though the precise amounts aren’t necessary.

With this in mind, it’s odd that the first component in Modere Skin is apple fruit juice. This indicates that the product has more apple juice than collagen. Apple juice isn’t utilized for skin care, and we’re not sure why it’s incorporated at such a high concentration.

If we assume that the collagen complex dosage is 1 g, as in the medical research mentioned previously, then apple juice would account for a third or more of the product.

This product contains a slew of useless exotic ingredients in minuscule dosages, such as mangosteen fruit, amla fruit, and grape fruit juice concentrate. We haven’t come across any study that suggests these secondary substances are useful for anti-aging, and neither does Modere on the product website.

Supplement firms often use trace quantities of exotic substances to boost the appearance of their Supplement Facts label and justify a high-priced product. In our Goli review, we saw the same thing: the popular candy manufacturer was using tiny quantities of expensive chemicals that didn’t even make the Active Components list, while touting the same ingredients in their marketing. We feel this is a dishonest technique and an indication of a company that does not value its customers’ intellect.

Modere Skin costs $74.99 for 30 servings, which is ridiculously costly since each meal contains just 1 g of collagen complex.

Because the collagen complex is likely the sole beneficial component in this product, buying collagen alone instead of the pricey collagen blended with apple juice and minor quantities of other substances might save you a lot of money.

Modere Trim promotes itself as the greatest weight-loss supplement. Another prop mix, totaling 5 g, is used in the recipe.

Conjugated linoleic acid (CLA) is the first element, and it has been scientifically demonstrated to decrease body fat when taken as a supplement. The linked research looked at 18 separate trials on CLA for weight loss and found that fat mass was lowered in virtually all of them.

In most investigations, the CLA dose was at least 1.8 g/day. We can’t tell whether this Modere Trim contains an effective amount of CLA since Modere doesn’t provide exact dosage information and instead relies on a prop mix. Because there are just two chemicals, there is almost certainly an effective dosage.

The sole additional component in this product is BioCell’s proprietary collagen complex, which is utilized for skin and joint benefits rather than weight reduction. We haven’t found any research that demonstrate collagen supplementation has a substantial impact on weight loss, and Modere doesn’t publish any, so we may presume this component is useless.

This product’s pricing, in our view, is absurd. The cost of CLA and collagen is $99.99. CLA is the only effective weight reduction component in this formulation based on medical studies, and it can be purchased separately for a fraction of the cost.

The “modere reviews” is a supplement that has been found to increase the impact of hormones. The supplement is activated by taking it with food or water. Reference: activate modere reviews.

A: A companys products can be safe or unsafe. The beauty of using a product you trust is that it has been deemed safe by the manufacturer.

What are the side effects of modere?

A: Modere is a medication that helps regulate the menstrual cycle. Side effects include fatigue and headache, but these are not common.

A: Yes, all of our products are FDA approved.