Cerebra is a brain supplement that claims to increase your overall cognitive ability and help you stay alert. The product will be made available on Amazon soon, but the company has a lot of competition in this highly saturated market. Let’s take a look at what Cerebra does better than its competitors and how it stacks up against them based on reviews from other users.

Cerebra is a supplement that claims to help people with memory loss. The product has been met with mixed reviews, and some side effects have been reported. Read more in detail here: cerebra side effects. 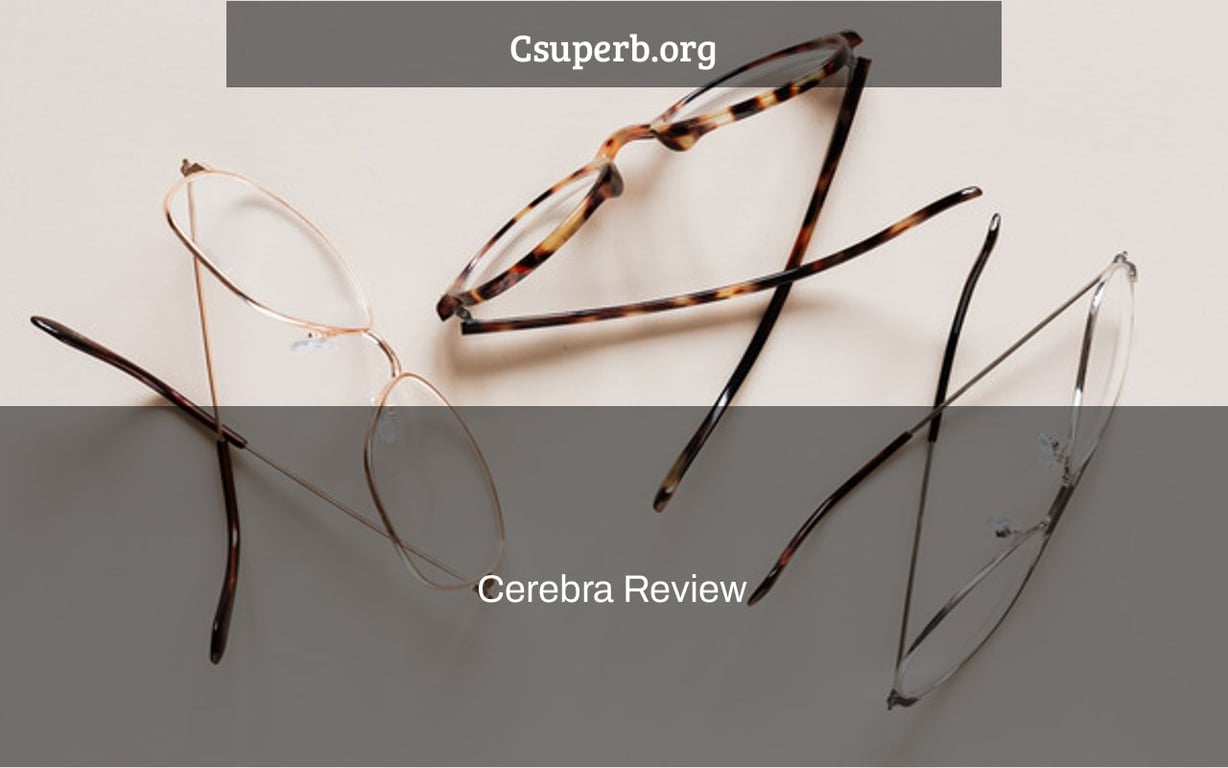 Boston Brain Science is a supplement company that makes Cerebra, a prominent nootropic pill. The supplement promises to help with memory, attention, and clarity.

In this post, we’ll examine Cerebra’s formulation using medical research to see whether it’s likely to be beneficial, as well as suggest other alternatives that we feel are better for nootropic function.

The first active component is 500 milligrams of a proprietary version of citicoline (mg). This component is misspelled as “citicholine” by the brand.

Based on preliminary studies, this is a naturally occurring chemical in human cells that may help brain function by enhancing dopamine receptor density.

While a medical evaluation of the substance indicated that it has the potential to halt the progression of neurological illnesses, there is little evidence that it is helpful in healthy people.

Citicoline increased memory in healthy older adults in one clinical research, with encouraging findings, however the doses used were 1000 mg/day or 2000 mg/day (2x and 4x as much as in Cerebra).

In a more recent medical trial, citicoline at the Cerebra dose was shown to be useful in enhancing memory in older persons with age-related memory impairment (AAMI).

Only one research found that citicoline enhances certain elements of memory in healthy older persons when taken at the dose recommended in Cerebra.

Overall, there is a substantial quantity of medical evidence for citicoline in the treatment of diseases, but not enough to demonstrate that the dosage in Cerebra is useful for enhancing memory in healthy persons, in our view.

The second component in this product is 300 mg of Bacopa monnieri extract. This is a well-researched nootropic substance that is found in other popular memory aids like Prevagen.

According to medical study, 300 mg seems to be an effective amount. After just 6 weeks of therapy at a 300 mg dosage, bacopa showed considerable cognitive advantages in a healthy, young population, according to the linked research. Other research have shown a similar result.

This is an effective nootropic substance, according to our findings.

Cerebra’s last active component is a proprietary molecule that supplies 100 mg of phosphatidylserine. This substance is beneficial to brain function, however it seems to be underdosed.

The compound “supports cognitive functions” and “reverses biochemical alterations and structural deterioration in nerve cells,” according to an extensive medical review of phosphatidylserine for brain health that analyzed 127 individual medical studies on the topic, but the effective dose range was listed as 300-800 mg/day (3-8x what you find in Cerebra).

We couldn’t find a single medical research that claimed 100 mg of phosphatidylserine improved any cognitive skills in healthy people.

Cerebra has just two inactive components, both of which are highly safe, so there is no chance of damage from filler substances, as there is in some of the supplements we’ve examined.

Overall, we think Cerebra is a supplement that has useful components at ineffective levels.

There is a scarcity of published research and testing.

Consumers should be aware of proprietary supplements that lack documented medical research to back up their usefulness. Just because a supplement firm combines elements that may be useful doesn’t indicate the completed product will be successful for any particular health objective.

There are no medical studies on the Cerebra supplement that have been published.

In addition, the firm provides no independent or third-party test findings demonstrating the label correctness or purity of its goods. Mislabeling and contamination of supplements is a major problem in the United States, which is why we urge that people only buy supplements that have been third-party tested.

Cerebra isn’t the only nootropic with a lot of evidence supporting its effectiveness.

Rhodiola is an adaptogenic plant that has been widely researched for its cognitive benefits.

Rhodiola boosted memory in a statistically significant way, according to a meta-review published in the Frontiers in Pharmacology journal, which looked at 36 different research on the subject.

According to a recent clinical experiment, taking 400 mg of a trademarked rhodiola extract daily increased attention, executive cognitive processes, and mental speed. This was a human experiment, as opposed to the animal trials included by the preceding meta-study.

Ginkgo biloba is the herbal ingredient with the greatest scientific evidence supporting its ability to improve cognition. Ginkgo may boost cognitive performance and prevent age-related mental decline, according to significant human study.

Ginkgo biloba was studied in healthy persons to see whether it may cause good cognitive effects. When comparing the ginkgo group to the controls, the researchers discovered advantages in three areas: speed of information processing, working memory, and executive processing.

Another study published in the PLOS One journal indicated that healthy elderly adult participants who took ginkgo supplementation had much less cognitive impairment than a control group who did not. Given that the same advantage was not detected with another prominent nootropic chemical called piracetam, the finding was especially noteworthy.

What is Cerebra supplement used for?

A: Cerebra is a supplement that is taken by people who are looking to increase their focus and concentration. Its most popular use though, is for those seeking an alternative to prescription drugs like Adderall or Ritalin.

What is the rating for Cerebra?

A: Cerebra has a rating of PEGI-3.

What are ingredients in Cerebra pills?

A: Cerebra is a dietary supplement that contains caffeine, taurine and B vitamins.