Black Seed Oil is a very popular dietary supplement. It has been shown to be able to help with increasing energy, promoting weight loss and reducing stress levels for its users. 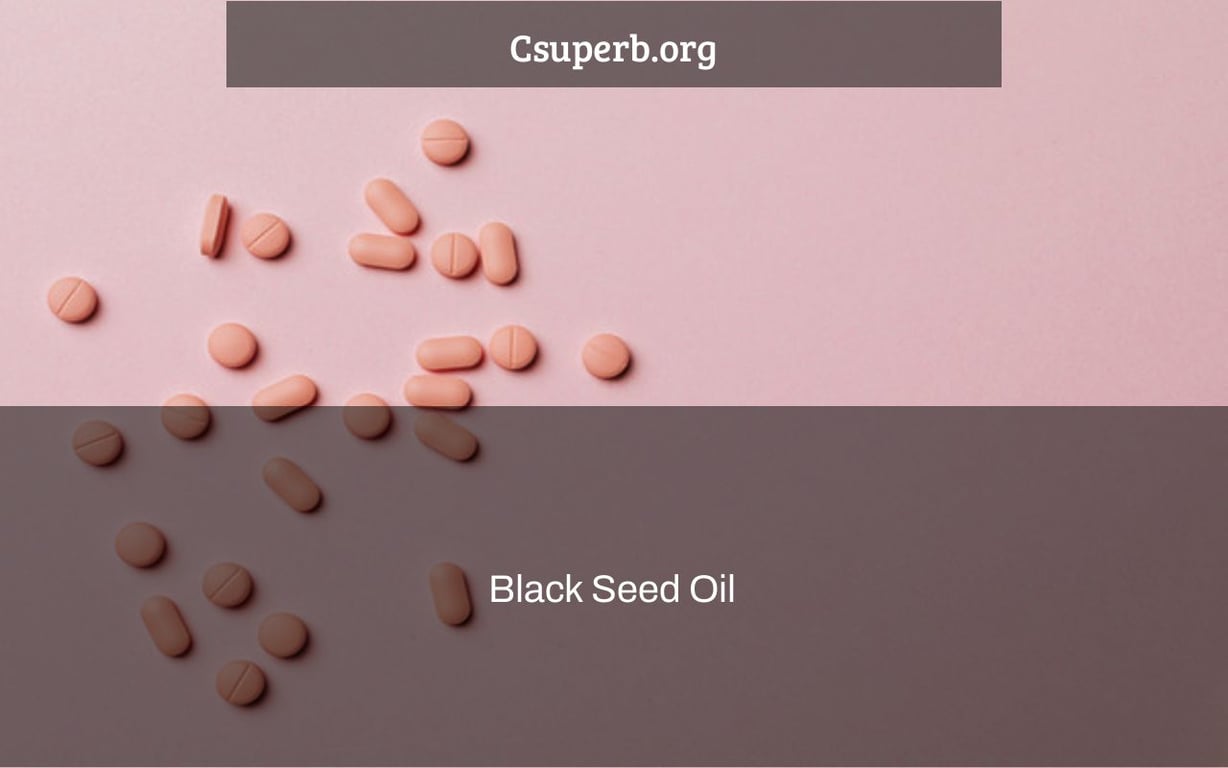 The advantages of black seed oil (nigella sativa) have lately received a lot of attention in the health media. According to websites, it can cure cancer, enhance skin quality, help with weight reduction, and more.

Based on published medical studies, we’ll evaluate the data behind black seed oil and confirm if it’s genuinely a miraculous treatment for a variety of health concerns in this post.

Black seed oil is one of the most researched natural anti-cancer substances. Although a 2011 study found that black seed oil was a “promising anticancer drug,” the majority of the medical trials examined were in vitro rather than in vivo, meaning they were conducted in test tubes rather than on actual animals.

Alternative cancer research is difficult to be authorized, particularly in people, since cancer is a life-threatening disease.

Black seed oil may be beneficial against cancer by increasing apoptosis (planned cell death) in cancer cells and upregulating antioxidant enzymes in the body that help guard against cancer, according to researchers.

These are amazing research since just a few natural chemicals have been consistently demonstrated to be cancer-fighting. We want to see more research on human populations in the future.

We want to be clear: we don’t endorse black seed oil as a cancer therapy option, and none of this is medical advise; we’re just showcasing some fascinating studies. Patients should follow their doctor’s cancer treatment plan, but they should also inquire about black seed oil as an adjuvant therapy.

In a study of obese women who took black seed oil supplements, it was discovered that the black seed oil group shed much more weight than the control group. Both groups were on a low-calorie diet, and the daily dose of black seed oil was 3 g.

We believe that supplementing with black seed oil is preferable to most popular weight reduction medicines since it is scientifically validated, more cost-effective, and has a better safety profile.

Black seed oil has been shown to be useful for both dermatological and health disorders in studies.

Black seed oil administered topically has been shown to be useful in treating acne in many trials. A 20 percent black seed oil lotion was compared to a benzoyl peroxide therapy (a typical acne treatment) in one research, and the black seed oil was shown to be more effective and have fewer adverse effects.

Another trial on black seed oil for acne revealed that it was considerably more effective than placebo, causing a 63 percent reduction in the Acne Disability Index (ADI), which assesses how much acne impairs quality of life.

In terms of hair benefits, black seed oil was shown to considerably minimize hair fallout in one research. The combination of black seed oil and coconut oil was shown to be helpful for hair regeneration in a second research, but it was published in an odd publication called Ethics in Engineering, and the results weren’t repeated, so we’ll take those findings with a grain of salt.

Overall, we think the skin advantages of black seed oil are stronger than the hair benefits, although both are encouraging.

Studies have shown that black seed oil may help with male fertility. This is a crucial field of study since few natural chemicals have been shown to be both safe and helpful in this respect.

A research on black seed extract in animals revealed that it increased both sperm count and testosterone levels.

Because the study is still in its early stages, we can’t say if black seed oil enhances testosterone in human guys, but we can say that it has a beneficial influence on sperm parameters and might be a viable choice for infertile men.

Side Effects of Black Seed Oil

Black seed oil has an excellent safety and toxicological profile, which is one of its finest features. It should have no negative effects if taken according to the recommended guidelines, however everyone’s reaction to a plant is different.

According to the attached medical evaluation, black seed oil has a very low degree of toxicity. This indicates that at typical (or rather high) dosages, it should not produce any negative effects.

Another study indicated that thymoquinone, the main component in black seed oil that is assumed to be responsible for much of its medical benefits, was safe in animal trials even at very high levels. The lack of confirmed toxicity, even at the very high doses administered to the rats, was deemed “amazing” by the review writers.

Overall, black seed oil has a positive safety profile when compared to other botanical (and pharmacological) therapies, and should be safe when taken in regular doses.

I’m not sure which black seed oil to take.

We have no ties to any black seed oil firms, and we don’t get paid for any information, so our suggestion is completely neutral.

There are no dangerous additives or other components in this brand.

Amazing Herbs has no ConsumerLab review, so we’ll have to presume their product is clean and appropriately labeled for the time being. We haven’t found a black seed oil product that is both standardized for thymoquinone and offers test results, but if we do, we’ll revise our suggestion in this area.

Black seed oil is a supplement that can help with inflammation, weight loss, and more. The black seed oil amazon has a lot of reviews and is available in different sizes.

What is Black Seed Oil Good For?

A: Black seed oil is a highly nutritious plant-based supplement that can help with energy, heart health and more.

Who should not take black seed oil?

A: African Americans, patients suffering from diabetes, and those who have a known history of bleeding disorders should not take black seed oil.

What does black seed oil have?

A: Black seed oil is a rich source of vitamin E, which has been found to fight degenerative diseases such as cancer and heart failure. It also contains omega-3 fatty acids, minerals like iron and magnesium, antioxidants that help the body get rid of toxins in the bloodstream, anti-inflammatory properties to reduce pain caused by rheumatoid arthritis and other conditions.